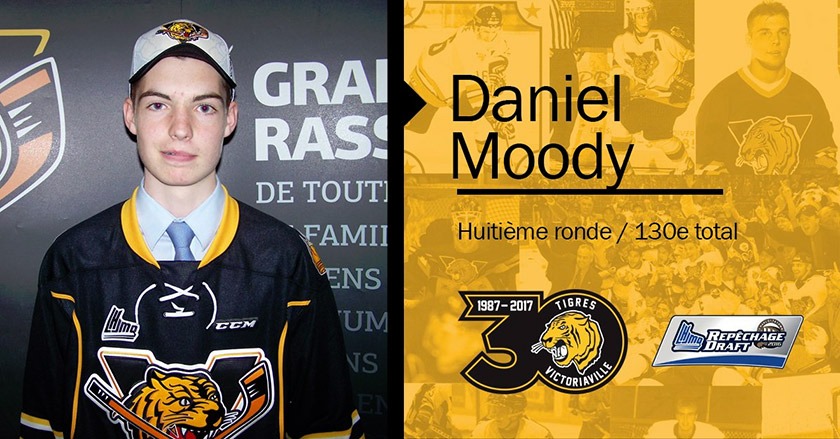 Moody, a goaltender and son of Ashley and Angela Moody of Blackville, played with the Miramichi Rivermen of the NB/PEI Major Midget League this past season. He was selected 130th overall (8th round) to the QMJHL.

“It was a dream come true. Especially to an organization like Victoriaville – a lot of new territory and people and more importantly an opportunity to make a Major Junior Team.” Moody continued, “Getting my named called was extremely exciting, and I am thankful to have the chance to showcase my talents at a higher level of hockey.”

Playing in the QMJHL had been a goal Moody’s for many years. “Being able to be part of Victoriaville’s organization will hopefully open many doors for my future playing hockey and give myself a better chance to play on the team. Being drafted is an incredible way to pursue my hockey dream.”

The training camp will take place in Victoriaville in mid-August.

“Right now I am focused at taking one step at a time to play the highest level of hockey possible. As for next year, I will attend both the QMJHL training camp and MHL training camp and return to the Rivermen if I am not successful in cracking either lineup.”