Roland “George” Routledge was born on February 17, 1938 in Amherst, Nova Scotia. He enlisted as a peacekeeper with the Canadian Forces on August 26, 1955 and was with the Black Watch (B.W.) Depot until February 1956 in Sussex, New Brunswick. From February of that year to November 1959 he was with the B.W. 2 Royal Highlanders of Canada (R.H.C.) unit as an instructor, and later B.W. Depot until September 1964.

From May to August, 1970, George was stationed with the R.C.R. unit at the Combat Arms School Infantry Division in Gagetown, New Brunswick.

George was discharged as Warrant Officer on February 8, 1978.  An avid fly-tyer, he operated George’s Fly Shop in Renous for several years.

Watch George recall memories of his time serving in Cyprus below. 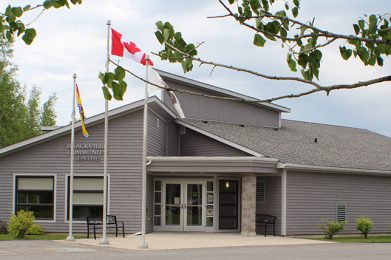